Princeton University is located out of the big city limelight, in a small, pleasant New Jersey town about an hour’s train ride from either New York City or Philadelphia. Although it might be considered one of the quieter members of the Ivy League, Princeton University holds a place in American – and even international – education and public life that is second to none. Since its founding in 1746, Princeton has educated thousands of men and women who have made historic contributions in government, science, and the arts. Princeton graduates did much to shape the internationalist outlook of the American statesmen and diplomats who led the United States into its post-World War II era of leadership. 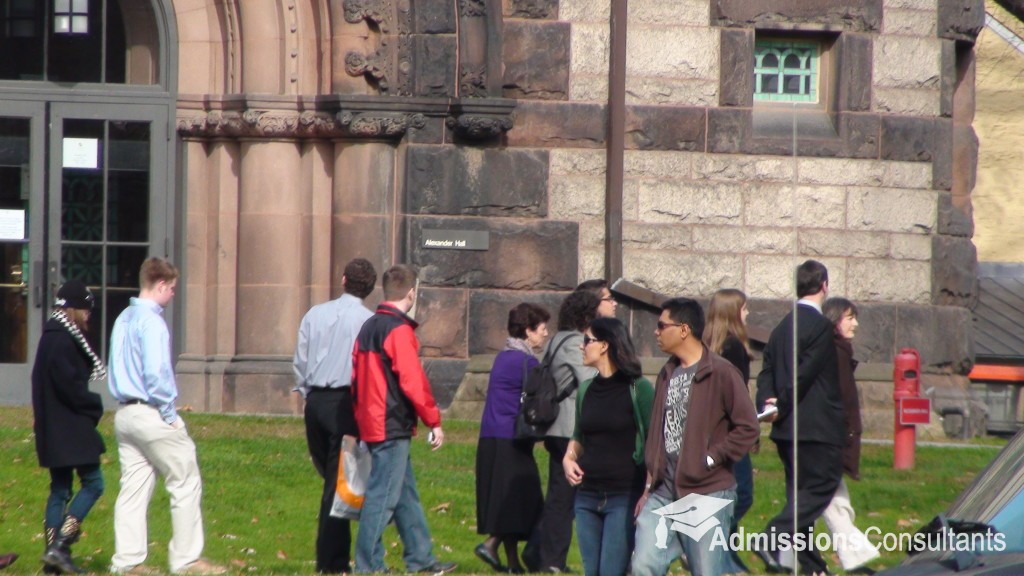 In the field of the sciences, it’s hard to imagine what the history of the twentieth century would look like without the contributions made by Princeton University physicists, mathematicians, and economists. They include John F. Nash, the Nobel Prize-winning mathematician portrayed in the film “A Beautiful Mind.” Princeton also has an important place in the arts, counting some of the past century’s most influential writers among its alumni and faculty – among them Eugene O’Neill, F. Scott Fitzgerald, and Toni Morrison. Over 1,300 freshmen enter Princeton University each fall. They come from across the United States and around the world. Princeton students enjoy the benefits of an extremely low student-to-faculty ratio of 5 to 1 and access to remarkable libraries and art collections.

Princeton University sees itself as a research university with an enduring commitment to undergraduate teaching. This mission is reflected in the senior thesis that all Princeton seniors are required to submit. These theses are original works, typically about one hundred pages long, in which students apply the knowledge and skills they have gained at Princeton to a topic of particular interest to them. Senior theses can be anything from scientific papers to works of fiction or poetry. The thesis provides students with an extraordinary opportunity to exercise their intellectual skills, and the chance to cap their undergraduate work with a written product of substance and quality that is typically expected only of graduate students. The thesis, like the Princeton University educational experience itself, is an achievement of lasting value that benefits Princeton graduates throughout their careers.
Admissions
Acceptance Rate

Transfer Admissions
Princeton admitted 13 transfer applicants in the spring of 2020.

* Student-athletes must still take either the ACT or SAT in accordance with Ivy League recruitment requirements.

Student to Faculty Ratio: 5 to 1